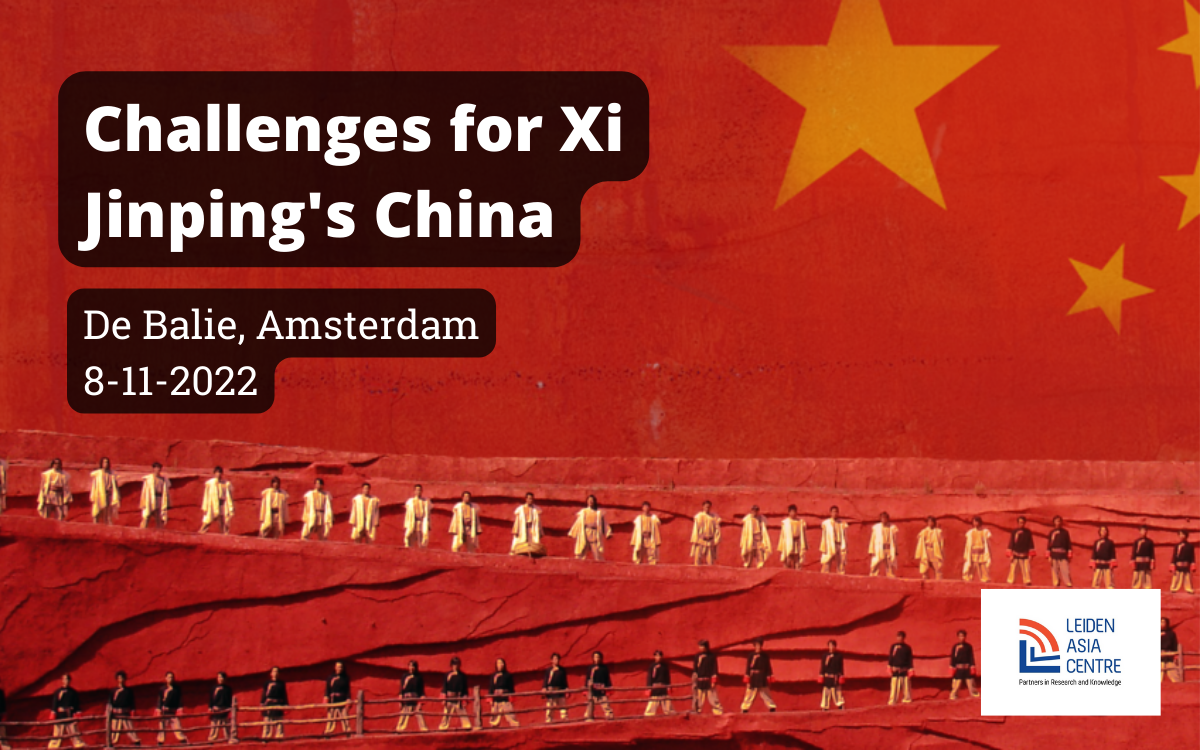 Party leaders would not want to miss it for the world. On October 16, China’s Communist Party Congress will begin to determine on the new leadership team. President Xi Jinping expects to secure a third term – breaking with party norms. On this night, we will discuss the outcomes of the congress with Frank Pieke, Una Aleksandra Bērziņa-Čerenkova, and Ties Dams: Who got appointed to leadership, and what are the plans to deal with the current challenges facing China?

The 20th Congress of China’s Communist Party takes place in uncertain times. The economic difficulties and Covid situation are putting a strain on China’s society domestically, while the Russian invasion of Ukraine, tensions over Taiwan and rivalry with the U.S. challenge China’s international position.

The situation demands a response from the Party’s leadership. What does this response look like, and how is it affected by Xi Jinping’s continuous reign? Join us on November 8 to discuss these issues with a panel of China experts.

Dr Frank Pieke studied Cultural Anthropology and Chinese Studies at the University of Amsterdam and the University of California, Berkeley, where he received his Ph.D. in 1992. After lectureships in Leiden and Oxford, he took up the Chair in Modern China studies at Leiden University in 2010. In Oxford, Pieke set up and directed the University of Oxford’s China Centre. In Leiden, he was co-founder and first executive director of the Leiden Asia Centre. Between 2018 and 2020, he was the director of the Mercator Institute for China Studies (MERICS) in Berlin. Pieke currently a fellow at the Swedish Collegium of Advanced Study in Uppsala. Right now, he is a visiting research professor at the National University of Singapore.

Dr Una Aleksandra Bērziņa-Čerenkova is a political scientist, China scholar, Head of Political Science PhD programme and China Studies Centre at Riga Stradins University, Head of Asia programme at the Latvian Institute of International Affairs, a member of CHERN and European Think-tank Network on China (ETNC). After having defended her doctoral dissertation on Chinese political discourse in the Hu Jintao period, she has held a Senior visiting research scholar position at Fudan University School of Philosophy, Shanghai, a Fulbright visiting scholar position at the Stanford University Center for East Asia Studies, and a MERICS European China Policy fellowship.

Ties Dams is a research Fellow at the Clingendael Institute. His research focuses on China’s geopolitical strategy and European responses to it. In 2018 he published the first Dutch language monograph on the life and rule of president Xi Jinping. He lectures on geopolitical strategy at the University of Amsterdam and is a popular public speaker. At Clingendael, he also engages in private-sector consultancy. Ties was educated as a political theorist in Utrecht, Xiamen, Hongkong and London.

The event will be moderated by Dr Florian Schneider, director of the LeidenAsiaCentre and an associate professor at Leiden University. His research interests include questions of governance and public administration in the PRC, Taiwan, and Hong Kong, political communication strategies and political content of popular Chinese entertainment, recent Chinese economic developments, as well as Chinese foreign policy.

Note: registration is via the website of De Balie. Click on the button down below to buy your tickets for the event. The price for the event is €13,50. Students are offered a reduced price of €10,50.

Registration:
Via the website of De Balie. Entrance costs €13,50. Students are offered a reduced price of €10,50. Click here to buy your tickets. 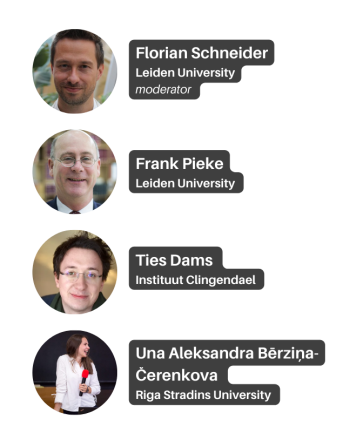