All these developments asked for a new report on where the EU’s Indo-Pacific strategy was heading. However, there were two events that overshadowed this discussion: The French presidential elections in April 2022, and more importantly, Russia’s invasion of Ukraine in February 2022. This report therefore takes a broader view, examining the implications of the dramatic events surrounding the Russian invasion of Ukraine for Europe’s approach to the Indo-Pacific.

Q&A about the report with Dr. Matt Ferchen 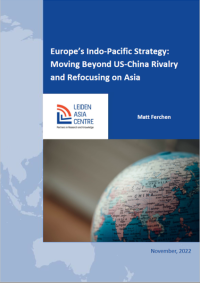