Wrap-up of the Taiwanese elections

On January 11th 2020, Taiwan elected its president and legislature for the coming four years. The election was a contest between two main candidates, sitting president Tsai Ing-Wen of the Democratic Progressive Party (DPP) and Han Guo Yu, current mayor of Kaohsiung, of the Kuomintang (KMT). Many different issues were raised during the presidential campaigns, including pension reform and Taiwan’s stagnant economic growth. However, diverging views on the future relationship between the People’s Republic of China (PRC) and Taiwan dominated the election and arguably determined its outcome. 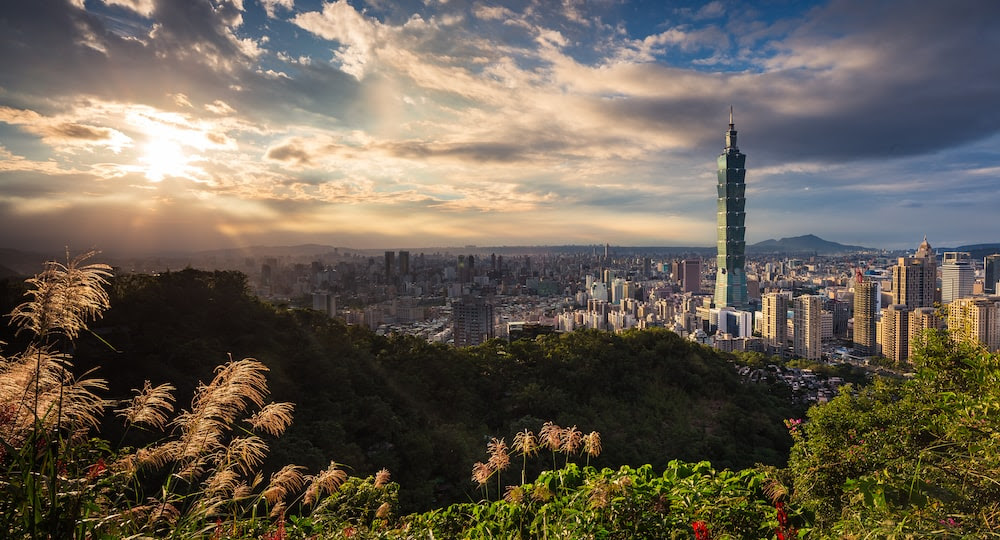 The status of Taiwan has been a heated topic in every Taiwanese presidential campaign since direct election for this position was introduced in 1996, and currently, Beijing and Taipei are in serious disagreement over it. Since the coming to power of the DPP in 2016, political tensions between the two governments have grown as a result, despite the strengthening of economic relations. The KMT still recognises the One China Consensus reached in 1992, in which Taipei and Beijing agreed that there is only one China and that each side can interpret this on their own terms. The DPP, however, has taken a different approach, as president Tsai did not endorse the One China Policy from the start of her term. She eventually openly rejected the 1992 Consensus in early 2019, potentially opening the door to a future attempt to realise Taiwanese independence from China [1]. Conversely, since Xi Jinping came into office in 2013, the PRC’s leadership has taken a tougher and more nationalistic approach towards all regions that it claims, including Hong Kong and Taiwan. When the KMT was replaced by the DPP in the 2016 elections, the government of the PRC showed its willingness to increase pressure on president Tsai Ing-wen over her stance on the One China Policy in many ways and has limited Taiwan’s voice on the international level. Since 2016, Taiwan has lost seven diplomatic allies and has been further excluded from international institutions. Moreover, many international corporations have complied with the demands of the PRC government to refer to Taiwan as a province of China. In early 2019, Xi Jinping sent a strong message to the Taiwanese government stating that the island ‘must and will be’ reunited with China, and highlighted that Taiwan’s pursuit of independence would only bring hardship to its people [2].

In response to Tsai’s stance on the 1992 Consensus, Beijing is furthermore widely believed to have attempted to influence Taiwanese politics via (social) media [3]. A recent study by the University of Gothenburg in Sweden indicates that Taiwan is among the democracies most exposed to overseas disinformation, including from the PRC [4]. Taiwan’s society has witnessed how disinformation campaigns can cultivate confusion and division, with the inaccurate accusation that president Tsai’s PhD degree was fake being one of the most well-documented examples [5].

What makes the 2020 election stand out is that both the Taiwanese leadership and public have been more aware of such attempts to influence the presidential elections. President Tsai and her government have in fact long tried to prevent (online) disinformation. Minister without portfolio Audrey Tang, who works on digital democracy, initiated several platforms that are not only designed to combat undesired overseas political influences, but also to improve the media literacy of the Taiwanese population [6]. Furthermore, just two weeks before the elections, Tsai’s administration passed an anti-infiltration act, aiming to fence off overseas influence campaigns and to safeguard Taiwan’s democratic system. The act received much criticism from within Taiwan, including from the KMT and other opponents of Tsai who claim that this move could damage Taiwan’s democracy, freedom of speech and the future relationship between the PRC and Taiwan. President Tsai and the legislature insisted that the act was only prohibiting infiltration from overseas in Taiwan’s political process, such as funding politicians and lobbying practices [7]. In its efforts to promote awareness and understanding among the Taiwanese people of disinformation campaigns, Tsai’s government has been helped by Taiwan’s civil society, which, for example, produced a fact checking movement. Since the start of the presidential campaign, fact check reports initiated by private citizens or citizen groups have been ubiquitous, not only targeting news reports but also many statements made by the presidential candidates and other politicians [8].

Political pressure on president Tsai has also increased from within Taiwan. In late 2018, the KMT saw a landslide victory in the local elections when Han Kuo Yu was elected mayor of Kaohsiung, Taiwan’s second largest city, which made him the most popular politician of the KMT. Meanwhile, Tsai’s approval ratings went down to a historical low, partly because of the public’s dissatisfaction with her economic policies, including pension reform, and the loss of seven diplomatic allies since she took office. This created the possibility of seeing another transition of power in the 2020 presidential election. While Han’s star was rising, he asserted himself as someone who represents the ‘ordinary people’ and claimed that Taiwan would benefit economically under his leadership, something Tsai could not realise because of her rejection of the One China Policy, according to Han [9]. In May 2019, opinion polls showed that Han’s approval rate was at around 50%, significantly ahead of Tsai’s [10].

However, on January 11th, the people of Taiwan re-elected Tsai Ing-wen as president. Receiving 8.17 million votes, an all-time high, Tsai won 57% of the votes, against 38,6% for Han. The turnout rate at the elections was the highest in ten years, at almost 75%, attracting 2 million more voters than during the previous election [11]. What mobilised more people to cast their vote at the ballot in last week’s elections is open for discussion, but scholars, commentators and even the public widely believe that the unrest in Hong Kong has both contributed to the high turnout, and has been embraced by the DPP in their strategies to attract young voters to Tsai [12].

Similar to many other democracies, the turnout rate of young people in Taiwan used to be relatively low compared to those in other age groups. However, the Hong Kong protest made many young Taiwanese pay increasing attention to the cross-strait relations between Taipei and Beijing and the potential implications of the developments in Hong Kong for Taiwan’s future. Despite that Xi Jinping has promised a peaceful reunification with Mainland China as well as a certain degree of autonomy to Taiwan, the clashes between the authorities and large parts of the Hong Kong population last year have made many young Taiwanese afraid that their island would await the same faith as the special administrative region. By highlighting Beijing’s approach to the situation in Hong Kong and contrasting this to Taiwan’s democratic values, Tsai emphasised that the ‘One Country, Two Systems’ principle, by which Beijing grants Hong Kong and Macao relatively independent economic and administrative systems while ultimately belonging to the PRC, could not be applied to Taiwan. This resonated with many young Taiwanese. Moreover, while Beijing attempted to deploy Taiwanese social media in political influence operations, many young people in Taiwan simultaneously used these platforms to urge their peers to vote, demonstrating that these media also contributed to the democratic process. Furthermore, to increase the youth turnout rate, many young people and citizen groups fund-raised to allow students to reach voting stations by shuttle buses [13].

Tsai’s popularity does not solely stem from her approach to the One China Policy, but can also be explained by a series of political achievements. Although wages in Taiwan have stagnated in recent years, the unemployment rate simultaneously decreased under Tsai’s first term in office. Her government has furthermore adopted the New Southbound Policy to increase economic and educational ties with countries from South East Asia. Despite Beijing suspending permits for tourists from the Mainland to visit Taiwan, thereby aiming to increase economic pressure on Tsai by hurting Taiwan’s tourism industry, a record high number of tourists found their way to the island in 2019 [14].

An interesting aspect of the election is that despite the DPP winning the presidency and the majority of seats in Taiwan’s legislature, the outcome also demonstrate that Taiwanese voters mainly rejected Han as a presidential candidate, but not the KMT as a whole. This is illustrated by the proportional representation vote (one of the three votes that the Taiwanese could cast during the 2020 elections, next to those for electing the president and the district representative in the legislature), which decides 34 of the 113 seats in the Legislative Yuan. Normally, the distribution of the proportional representation vote matches that of the presidential vote, but in this case, the DPP and KMT received almost the same number of votes, despite the fact that Tsai has been re-elected president by a margin of 2.5 million votes [11].

In response to the election results, president Tsai stated that these demonstrated that ‘when Taiwan’s sovereignty is threatened, the Taiwanese people will shout our determination even more loudly back’ [15]. It does indeed appear that a peaceful reunification on Beijing’s terms is further away than ever. Given the fact that the PRC government has in recent years already increased its efforts to isolate Taiwan on the international stage because of president Tsai’s approach to the 1992 Consensus, her re-election is likely to draw more pressure from Beijing.