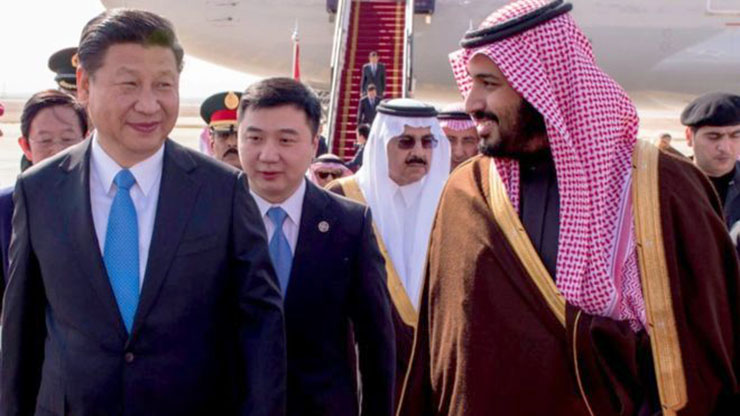 On the 23rd of May, an international group of experts from various research institutes in Europe gathered at the Clingendael Institute for a discussion on what consequences or opportunities an emerging relation between China and the Middle East might have for Europe.

The recent (January 2016) Arab Policy Paper issued by the Chinese government  formed the background for this meeting. The

meeting kicked off with a welcome by LeidenAsiaCentre executive director Frank Pieke and by Clingendael Institute senior researcher Frans-Paul van der Putten. Together they stressed the importance

The first session was introduced by Moritz Rudolf from the Mercator Institute for China Studies (MERICS) and addressed Sino-European interest in the Middle East, its relevance, and the significance of the One Belt One Road (OBOR) for Sino-European cooperation and competition in the region. The second session was introduced by Cameron Fraser from the EU-Asia Centre,  and attempted to identify Europe’s and China’s common interests in the Middle East.

In the general discussion the participants concluded that currently China plays a limited but rapidly growing role in the Middle East. China’s most articulated interests in the region concern primarily Iran, Saudi  Arabia and to a lesser extent Turkey as the major regional players. In general, it was felt that China, for good reasons, looks at the region not as a whole (contrary to what the title of the policy papers suggests) but recognizes that individual countries or even sub-regions differ  immensely. But even though China has major interests in the region related to energy and, increasingly, infrastructure, its expertise and experience on the region continue to be underdeveloped.

Most of the participants agreed that China gives priority to protecting and securing its economic interests. Hence, the country mostly deals with oil-rich countries in order to secure its energy needs. A logical next step for China will be to increase its interest in trade routes or energy import routes, also in light of the One Belt, One Road (OBOR) initiative. Furthermore considering the expanding economic involvement of China in the region, (economic) security and stability does become more relevant for China in the future. The need to address fundamentalist terrorism is an additional motive for China to pay attention to regional security: both the attempts from mainly Uighur fighters from Xinjiang to join the Jihad abroad and the domestic threat of suicide attacks.

China’s focus on dealing with countries on a bilateral basis and via the China-Arab States Cooperation Forum (CACF) implies that there is no comprehensive Chinese approach for the whole of the Middle East. The Western aim of strengthening civil society, human rights, and democracy is absent in China’s foreign policy towards the Middle East. As such, there are very few prospects of cooperation or any strategic partnership with the European Union on this point. In the economic domain, there are possibilities for cooperation as well as competition. At the security level China remains somewhat reluctant in getting involved in this unpredictable and unstable part of the world. Nevertheless, its interest in enhancing regional security is growing which provides new leads for Europe to consider cooperation with China. In this regard, one of the topics discussed was the potential of the Shanghai Cooperation Organization (SCO) and whether the EU should aim for observer status in that organization and/or whether the Organization for Security and Cooperation in Europe (OSCE) should engage with the SCO more intensively.

The last topic discussed was the development of a coherent research agenda with regard to Sino-European relations on the Middle East. As a research subject, the relationship between Iran and China should have priority. Given Iran’s role as one of the major players in the region and its rich reserves of oil and gas, China might very well want to focus on this particular country in the future. Other potential topics that were suggested include local responses to OBOR and the regional impact of geopolitical rivalry between China and the United States, and China and Russia.