Report Workshop: How to Read the Recent Developments in the South China Sea disputes? 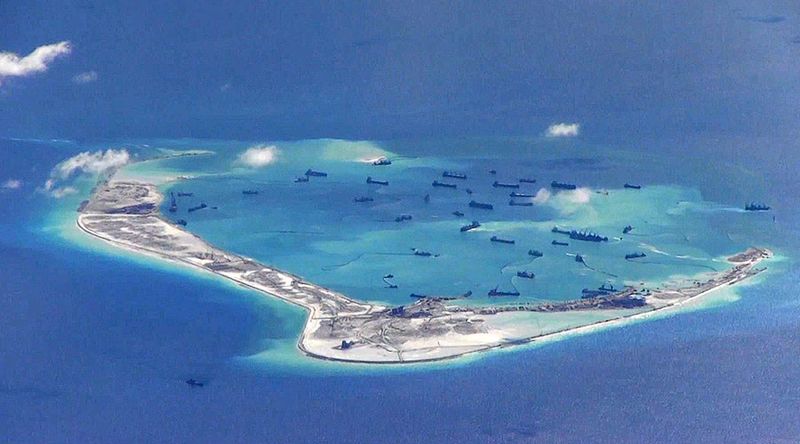 The South China Sea is a busy area of ocean criss-crossed by shipping lanes, bordered by Vietnam to the west, China and Taiwan to the north, the Philippines to the east, and Brunei to the south. This approximately 3.5 million square kilometre area has been the focal point of considerable ongoing disputes between these and other Asian nations. In the past two years, these disputes have seen a number of new and interesting developments.

A year ago, the Permanent Court of Arbitration in The Hague issued its award on maritime entitlements in the South China Sea. This decision appeared to be a setback for China’s claims. China has therefore vowed to ignore this ruling and has since been perceived by many states as being more assertive in staking its claims. Yet, since the 12 July award tensions between rival claimants have also seemed to ease, with negotiations on a Code of Conduct ongoing.

On August 8, the LeidenAsiaCentre organized a workshop titled ‘The South China Sea Disputes – a year on’. This gathered together leading academics from Japan and the Netherlands to try to understand these developments in more detail and explain what might be motivating the different Asian nations’ behavior.

In his presentation, organizer of the workshop Leiden University’s Dr. Lindsay Black, made the case that the South China Sea disputes could not just be understood in terms of power dynamics. He said that the media, in discussing the disputes, was often very focused on the balance of power between these Asian nations, describing how nation’s asserted their strength or yielded to the might of others. But he argued there were also signs of “something else going on.”

Black pointed to the way in which the Association of South East Asian Nations (ASEAN) members were moving towards agreement on a code of conduct and the fact that China was proactively engaging other regional states. He said there were signs that recent developments were not just about balance of power but also about forms of cooperation.

Dr. Yih-Jye Hwang, also of Leiden University, further developed this argument that the South China Sea disputes could not be understood only in terms of material power. He described how those applying realist international relations concepts tended to look at the issue only in terms of power, ignoring the role of international laws and norms, and concluding as a result that conflict was inevitable.

However, he presented examples from his recent study indicating that international laws and norms, such as the United Nations Convention on the Law of the Seas, do still play a significant role in the dispute. States involved in the region, including the US and China, respond to these laws and to some extent modify their behaviour based on them.

Several other presentations sought to focus on and explain the behavior of particular Asian nations. Dr. Ito Go of Meiji University described how, after the Permanent Court of Arbitration made its award, China shifted its diplomatic strategy to concentrate more on bilateral ties, wooing individual regional states. Japan and the US responded with a combination of multilateral and bilateral approaches.

Dr. Kyoko Hatakeyama, from Kansai Gadai University, drew on behavioral economics’ concept of ‘loss aversion’ to try to explain the Philippines and Japan’s differing approaches to the dispute. This concept suggests that people act in order to protect themselves from loss.

She argued that because the Philippines had already lost control of the Scarborough Shoal in 2012, it now felt it had nothing left to protect. As a result, it sought to maximize its gains by shifting away from the US and pursuing closer ties with China. The Philippines feels that it can maximize its gains by developing a good trading relationship with China. In contrast, she said, Japan wanted to protect the existing environment from which it had gained a great deal, so it contested China’s assertiveness.

Black then linked Japan’s changing approach to the South China Seas disputes to shifts in the country’s domestic politics. He argued that when the Democratic Party of Japan (DPJ) was in power, the nation’s response to the South China Seas disputes was to combine balance of power with engagement through multilateral institutions. Since Abe Shinzō and the Liberal Democratic Party (LDP) took power, Japan’s response has played down engagement through regional fora and instead has been largely concerned with seeking to militarily balance China’s power.

Leiden University Dr. Edmund Frettingham also made the case that issues of national identity were a factor driving the behaviour of Asian nations with regards to the South China Sea disputes. He described how nations (and their populations) seek ontological security: a sense of a continuing, stable identity.

He argued that China, Japan, and Taiwan, have all encountered crises of identity – or situations of ontological insecurity. In response, these states have attempted to generate a national identity and this has moved them to act in particular ways with regard to the South China Sea.

In China’s case, for instance, the government and communist party have suffered an ontological crisis with the waning of its Marxist ideology. They have therefore sought to develop a ‘narrative of victimhood’ that creates an identity for China as a country that has been persecuted by other nations. This narrative then drives China to act more assertively and aggressively with regards to the South China Sea. Japan and Taiwan have similarly created narratives of national identity.

As this analysis exemplifies, the different research presented by the participants in the workshop helped to provide deeper understanding of the South China Sea disputes and the behaviour of the nations involved in these. The discussion of the issue was hence taken beyond a simplistic ‘assertive China’ discourse, offering more nuanced views of the disputes and what is causing the behaviour of those involved in them.