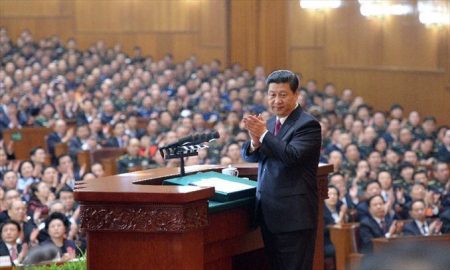 China has changed the dynamic in the world order, whether or not it intended to do so. Its fast economic growth has given it the potential to have a much greater influence on the world. As a result, the world is increasingly asking what kind of influence China will have. Will it upset the liberal world order that has dominated since WW2? Will it integrate peacefully into this order? Or will the outcome be somewhere between these two poles, with China contributing to reforms of the existing order?
On the 23rd and 24th of August, the LeidenAsiaCentre held a roundtable discussion to try to answer some of these questions and get to examine what China’s intentions might be with regards to global governance. This roundtable session brought together experts on Chinese political economy to discuss China’s changing international role and the implications of this for Europe.

Independent scholar Dr. Sandra Heep began by explaining how China’s global influence has grown in recent years. The 2008 global financial crisis gave emerging markets (which survived relatively unscathed) the chance to have a much greater influence internationally, and to criticize the hegemony of the USA and its economic model. China is confident in its own model and, along with declining trust in the USA, has a good image as a stable player in the field of global financial governance. Rather than sticking to one approach to development, China tries out many different ones, both global and local. Recently it has been investing in development financing programs such as the Belt and Road Initiative. It is doing this largely to foster new markets for export, as well as to strengthen the RMB. Dr. Heep argue that while China does look for international support for the Belt and Road Initiative, it does not want to lose control and this cannot really be seen as an attempt at multilateral collaboration. “China isn’t looking for partners, but followers.”

However, Dr. Heep also debunked some misconceptions about Chinese financial institutions. China is not trying to undermine the international order with institutions like the Asian Infrastructure Investment Bank (AIIB) or the Belt and Road Initiative. These institutions may have a different focus, but their roles are complimentary to, rather than in conflict with, those of existing Bretton Woods institutions such as the IMF and the World Bank. However, they are leaner and less ideological, and this might push existing organisations to become more flexible and pragmatic in turn. While China’s growing influence is leading to changes in the current liberal world order, it is not trying to usher in its demise. Its driving force is economic development. Although China’s economic growth is stable, debt, as well as the debt/GDP ratio, keeps growing. This poses the risk of a financial crisis, despite the tight government control. In that case, Beijing would have to focus on internal damage control and would retreat from the world stage. Dr. Heep said that if somehow China manages to sort its domestic economic problems with appropriate tools, these tools will inevitably include economic liberalization ones. She sketched two possible scenarios. Either there will be economic liberalization in some form, which will cause China to be perceived as less of a threat to the liberal West. Or, if there are no reforms, China will face an economic crisis and its growth will halt. Then it will not pose as much of a challenge to the rest of the world as it is perceived to be today. To minimise these risks, Beijing is focusing on a multilateral approach in projects like the Belt and Road Initiative. Participating in these initiatives creates an opportunity for European countries to define their own role in relation to China and the international system.

Shaun Breslin, of Warwick University, pointed out the similarities between media reports about China now, and those about Japan in the 1980s. We tend to treat China based on what we think it will become, rather than what it really is, but we should not assume there is a linear transgression. He also criticised the idea that China is aiming to seize power. Even before the electoral results in the USA, the liberal west had been declining in power. There is a strong recognition that a change in power will take place, but that doesn’t mean China is pushing for that. China has a reformist rather than a revolutionary agenda. They plan to carry out these reforms by changing existing financial institutions like the IMF from within. They will influence global governance via their role in the G20, the UN, and the WTO. Their challenge to the dominance of the USA does not necessarily mean a challenge to the liberal world economy. Although, the USA’s power might be declining, it is still the dominant global power. Global re-ordering is a slow shift of existing powers remaining and new ones rising. Rather than a historical moment of abrupt power transition, the world order will gradually shift towards multilateral relations: an increasing number of actors that lack the stiff bipolar relations of the past. Today countries can have relations with multiple countries at the same time, there are no longer two blocks opposing each other. China’s relations with other countries are changing. Its relationship with African countries has grown from fellow developing country to benefactor, and it is now a respected trade partner for Europe. China is using its financial power to reform global order and challenge norms that were previously seen as universal.

Clingendael’s Dr. Frans-Paul van der Putten continued on this note. He said that while China may have no desire to assume global leadership or to overthrow the current order, it certainly expresses implicit criticism on the USA and other larger countries that play a dominant role on the world stage. Xi Jinping’s speech at the World Economic Forum in Davos presented the Chinese government’s views about global governance. It sees development as a top priority, but emphasises sovereign independence. China’s own development is seen as a contribution to the global economy, because other countries benefit from it as well. China also sees the current global order as inadequate in terms of representation and inclusiveness.
Dr. van der Putten went on to discuss what China’s behaviour means for European countries. They now need to work together with both China and the USA, which may be declining in power but it is still the world’s largest economy. There will be a gradual move towards a greater role for non-Western countries, but this does not necessarily mean a move away of liberal governance. Liberal ideas like national sovereignty, free trade, open markets and freedom of navigation are all supported by China. However, China does not agree that democracy and human rights are the pillars of international relations, as European countries believe. Shaun Breslin added that in order for European countries to promote their own views, they should not only focus on leaders and ‘rising powers’ but also on what he called ‘intermediate powers’. He gave Japan as an example of a country that might feel left out by Europe’s focus on China.
During the discussion, a participant posed the question of whether the world wants China act as a leader? The speakers responded that an answer to this is hard to give. There is a recognition that China can contribute in some areas of global governance where leadership is deficient, such as in formulating development policies. The withdrawal of the US from the 2015 Paris Agreement on climate change also creates an opportunity for China to step in and take a leading role this area. In fact, other countries look towards China to do so.

Another question is whether China will take a unilateral or multilateral approach to its new leadership role. China adds to the world order by creating new financial institutions that may challenge or complement existing institutions. If China were to withdraw from the global stage due to a domestic financial crisis, this might cause more problems for the global order than the current perceived threat from an economically strong China. To avoid this scenario, most participants agreed that deeper domestic economic reforms are necessary. And if economic reform goes hand in hand with political reform, then that would bring drastic changes to China’s role in the world.