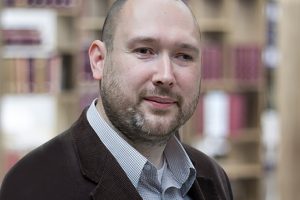 Professor Remco Breuker is one of three academic directors of the LeidenAsiaCentre. At Leiden University he holds the Chair of Korean Studies.

At the LeidenAsiaCentre Remco Breuker leads the research project ‘Slaves to the System: Locating Responsibility for Forced Expatriate Labor Practices by the Democratic People’s Republic of Korea (DPRK)’, which focuses on forced labor performed by North Koreans abroad.

At Leiden University, Prof. Breuker has held the position of Professor of Korean Studies since 2011. His main interests include Korean medieval history and Korean and Japanese colonial period history, but also Korean cinema. Over the course of the last years, he has published on a wide array of subjects dealing with Korean affairs. One example of this is the monograph ‘Establishing a pluralist society in medieval Korea (918-1170): History, ideology and identity in the Koryŏ dynasty’, published in 2010, but professor Breuker also contributed to a variety of academic magazines and editorial volumes.

Next to his own research agenda, he also engages in translating modern Korean literature into Dutch. A total of six Korean novels (from authors such as Hwang Sŏg’yŏng) have been translated by Professor Breuker and Imke van Gardingen. In 2015, the Dutch translation by Remco Breuker of Jang Jin-sung’s narrative of his escape from North-Korea was published under the title ‘Over de Grens: Mijn ontsnapping uit Noord-Korea’.