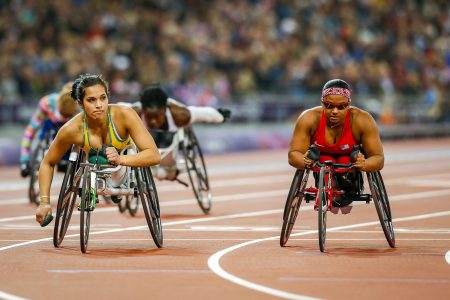 The first Paralympic Games took place in Rome in 1960, and have been held since every four years. In 1980 the games were hosted by the city of Arnhem, The Netherlands, which marked the beginning of the leadership role of the Netherlands in the integration of handicapped sports. A primary role is being played by the Netherlands Olympic Committee and Netherlands Sports Federation (NOC*NSF).

In the follow-up to the Rio 2016 Games, and the successful conclusion of its social spin-off projects, the NOC*NSF now sees the coming Games as the next step in advancing a progressive agenda for the integration of handicapped sports. Looking forward to Tokyo 2020, the NOC*NSF initiated a project in collaboration with local partners to promote and improve upon the integration of handicapped persons, trying to make sports accessible for everyone. By also increasing the visibility Paralympic athletes it intends to stimulate Japanese society into improving the social acceptance of handicapped persons.

The LeidenAsiaCentre is currently exploring how research can support these activities and the ultimate goal of this project. Understanding the cultural, social, and institutional contexts in which handicapped persons in Japan are situated, will improve the feasibility of the project and provide a clearly articulated foundation for its participants to build upon on the road towards Tokyo 2020. In the words of the General Director of the NOC*NSF: “Sharing knowledge is multiplying knowledge.”