Next week, the LeidenAsiaCentre will record a video with Professor Frank Pieke (Leiden University/LeidenAsiaCentre) on Beijing’s new five-year plan. This 14th five-year plan, which was released this March, sets out the policy plans of China’s Party-state for the coming years (2021-2025). It contains future policies on reforming China’s economy, climate change and pollution, scientific self-reliance and even Beijing’s plans with regard to the two polar regions. 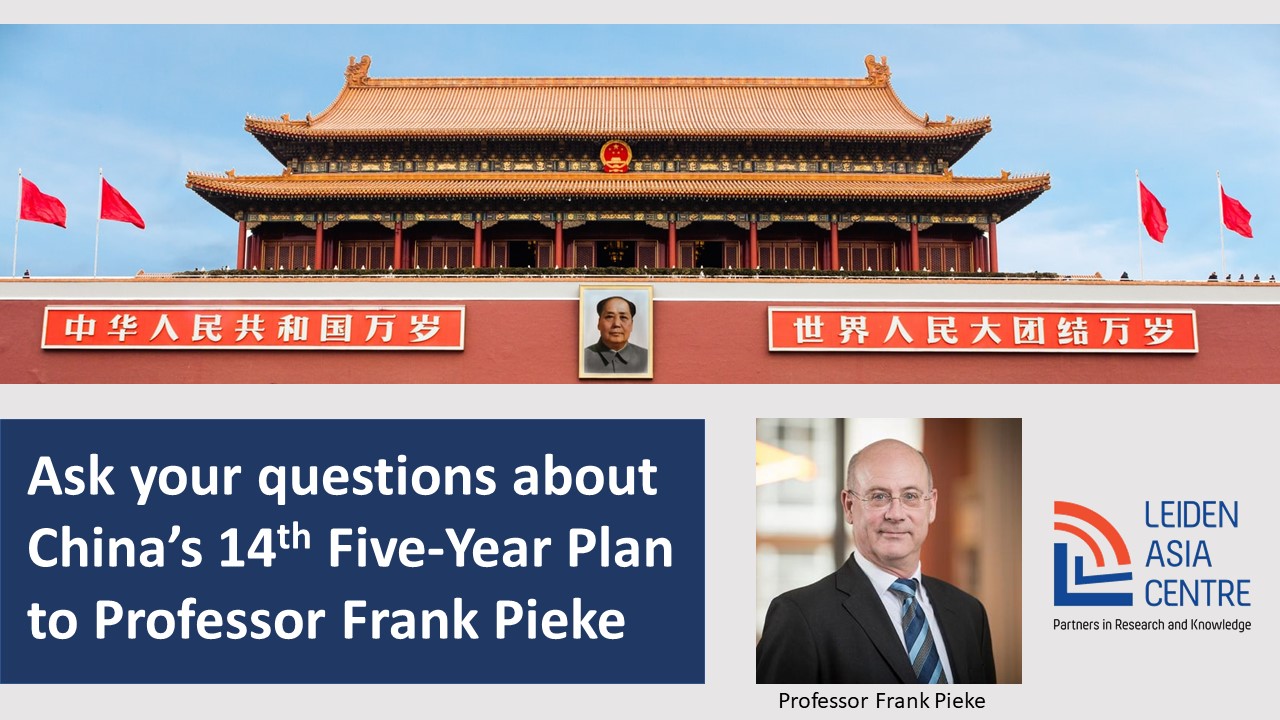 We invite anyone with questions about the 14th five-year plan to send these to info@leidenasiacentre.nl before Monday April 5th. Professor Pieke will respond to your questions in the video which will be published later in April.