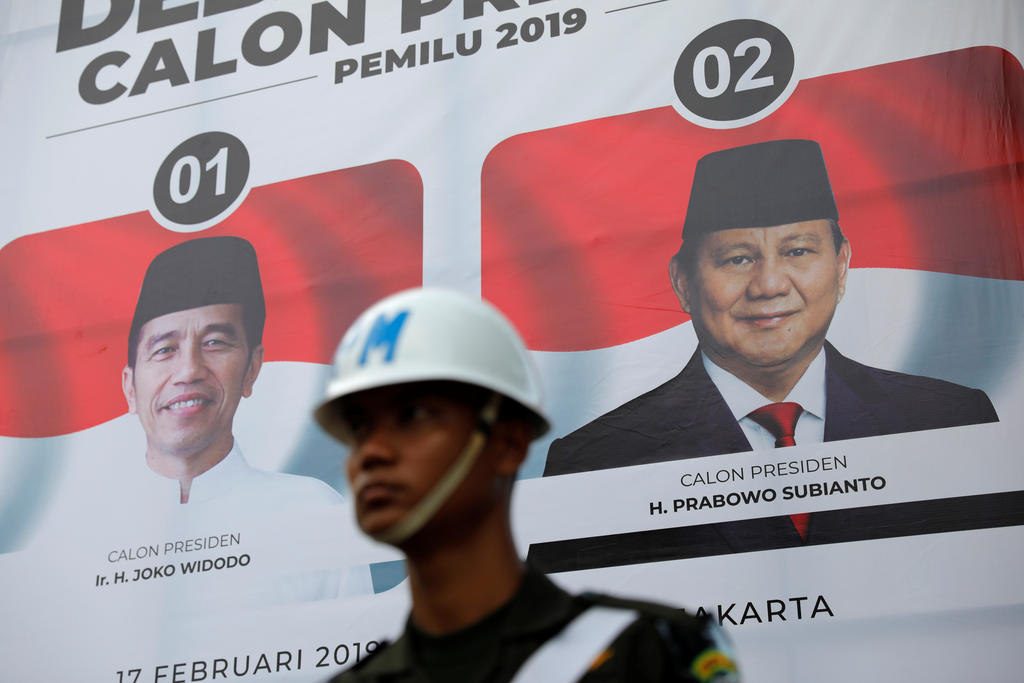 This article is the original of an opinion piece that was published in Dutch newspaper De Volkskrant on 18 April 2019.

Indonesia is the world’s fourth biggest country and its third biggest democracy. On 17 April close to 200 million Indonesian voters went to the polls to elect their president, vice president, and parliamentarians, both national and regional, all on one day. Including all the members of the regional and local assemblies, more than 20,000 representatives were to be chosen, including some 700 at national level.

The last decade has not been kind to democracy, in Asia or elsewhere. In Thailand and Cambodia it has collapsed altogether; in the Philippines it is in a state of crisis under the presidency of the violent populist strongman Rodrigo Duterte. Against this backdrop, the resilience and continuing popularity of Indonesia’s democracy are striking. Sixteen different parties contested the seats available on 17 April, and there was no lack of public debate about their programmes or the qualities of their leaders.

Yet most foreign observers are convinced that however resilient, Indonesian democracy is also ‘defective’: corrupt, oligarchic, clientelistic, cartelized, and dominated at every level by ‘money politics’. The present head of state, Joko Widodo (Jokowi), seemed to promise hope for change when he was elected in 2014. With his clean personal reputation and his technocratic record as mayor of the cities of Solo and Jakarta, he appeared the antithesis of his then – and now – opponent Prabowo Subianto, former general and son-in-law of Suharto, alleged human rights criminal, and brother of a politically connected business oligarch. Since Jokowi’s election, however, he has not lived up to reformist expectations. Surrounding himself with generals and oligarchs of his own, he has made peace with corruption (or at least, with other people’s corruption) in order to assemble a parliamentary majority and get the political establishment on his side. One view is that this process of compromise and degeneration has gone so far that it really doesn’t matter any more who wins; the sordid business of money politics will go on regardless.

Money politics, however, is only a small part of Indonesian voting behaviour. According to research by political scientist Burhanuddin Muhtadi, only ten percent of voting decisions in the 2014 legislative election were actually determined by gifts and handouts. Since margins of victory are often small, this does not mean that vote buying does not affect outcomes. But it is not the dominant factor, and especially not in a presidential election. Other recent research suggests that a second important type of money politics, collusion between politicians and business interests, is distinctly less prevalent in urban than in rural and frontier settings. Since Indonesia is getting more urban by the day, this bodes well for the direction of the country’s political development.

Another common idea is that Indonesia is intensely polarized along religious lines, and that the electoral contest must be viewed primarily in that light. Events in Jakarta in 2017, when the capital’s Christian governor Ahok was de-elected and imprisoned after being accused of insulting Islam, certainly seem to point in this direction, and Prabowo certainly flirts more openly than Jokowi with the Islamic right. But while political Islam has been very visible in Indonesia recently, it has not been getting more successful in electoral terms. In Indonesia’s first free election of 1955, parties with an explicitly Islamic basis took 41 per cent of the national vote; in 2014, only 30 per cent. A presidential candidate must still have at least some Islamic appeal in order to be electable. In 2019, however, both candidates do, Jokowi having included an Islamist party in his coalition and chosen an influential Muslim cleric as his prospective vice president.

Probably the deciding factor in the 2019 elections will not be Islam or money, but programmes, policies, and Jokowi’s record in implementing them. Aware that his reformist credentials have become shaky, Jokowi has reoriented himself toward an ideology of national economic development. His policy emphasis has been on transport infrastructure, public health, and education, both as means to economic growth and as services to the public. On all of these fronts, some real progress has been made during his presidency. Whatever its shortcomings, Indonesian democracy has proven itself capable both of promoting economic growth, and of enabling citizens to share in the fruits of that growth. That is good news for the people of Indonesia, and a source of hope for democrats elsewhere in Asia.