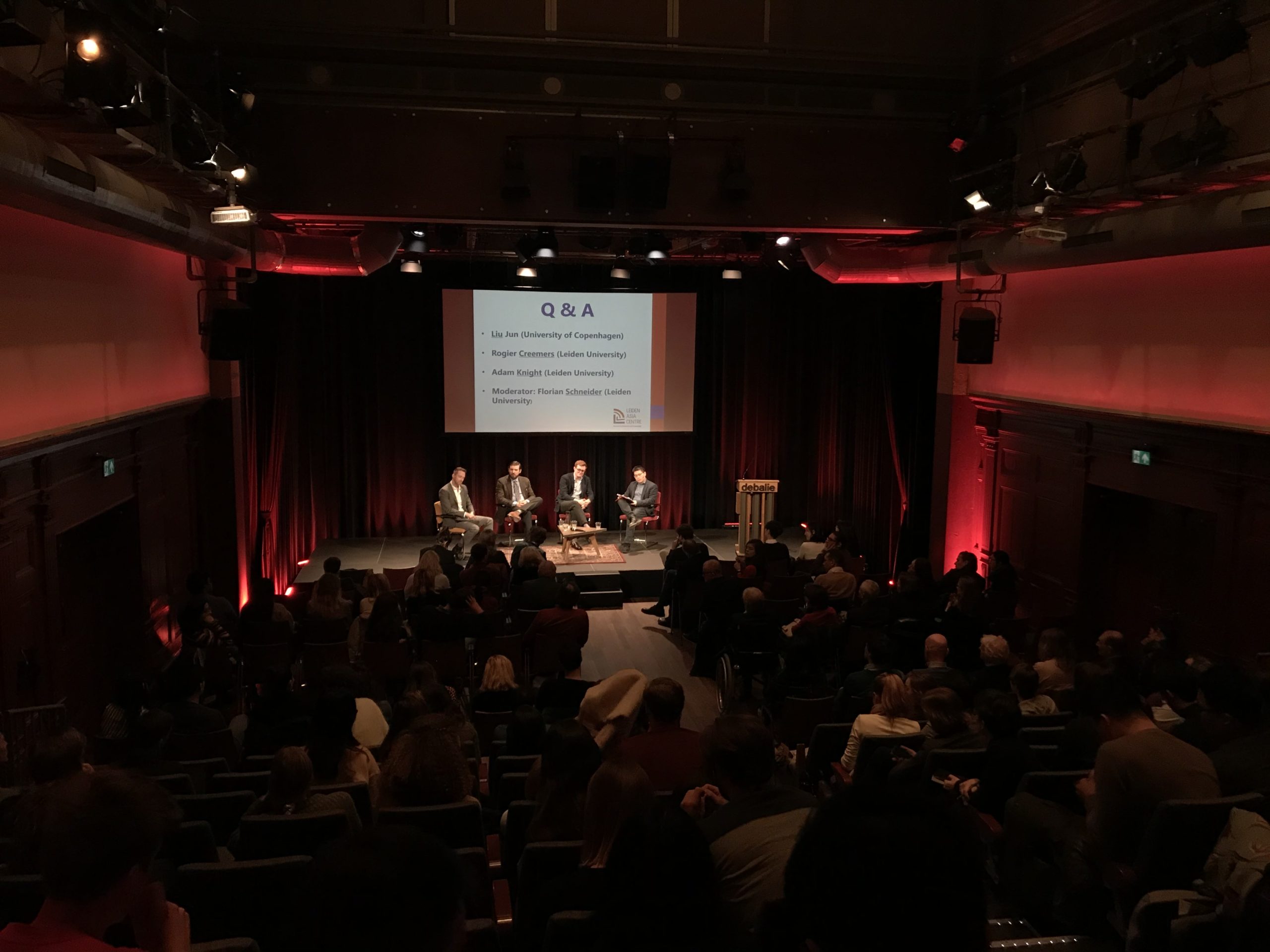 On February 19th, the LeidenAsiaCentre organised a panel discussion at De Balie in Amsterdam to address the complex reality behind China’s social credit system. Together with the audience, a panel of experts explored what the current implementation of this system says about the way China is governed, and what it says about the way in which China is portrayed in the West.

LeidenAsiaCentre’s director Florian Schneider introduced these questions before the first speaker, Associate Professor Liu Jun (Copenhagen University), raised an important point for the discussion. According to Liu, we should not speak of one overarching Chinese national social credit system. Instead, multiple initiatives exist, as there are government led social credit systems and corporate led systems. China’s social credit systems are also not unique, in the sense that similar systems already exist in countries such as India, Germany, and the UK. Furthermore, China’s systems do not track and grade the behaviour of citizens on a scale or to an extent as is often reported in the West.

Dr. Rogier Creemers (Leiden University, LeidenAsiaCentre) continued the discussion by taking a different approach to explaining the nature of the social credit systems. He explored the question of why China’s government actually feels the need to implement these systems. This is fuelled by a demand for a centralised, digital system that makes personal data accessible everywhere in China. Until recently, China mostly recorded personal data of its citizens, including criminal records, on paper, which is not easily transferrable or managed  throughout the whole country. Furthermore, since financial transactions are currently increasingly taking place digitally in China, a digital social credit system to allow oversight over such transactions would simply match this development.

Creemers also argued that social credit systems themselves are not good or bad; they simply are tools to implement rules that can have positive or negative effects. Furthermore, not every way in which the Chinese government attempts to control its population digitally should be filed under the term ‘social credit system’. Finally, contrary to popular belief in the West, there is also no evidence that points to large-scale private sector data being shared with government social credit systems.

Expanding on Liu and Creemers’ talks, Adam Knight (Leiden University) spoke on his research, which explores how social credit systems are implemented at a local level. There is much innovation and experimentation; model cities have been chosen to implement and test different systems. Among them is Rongcheng in Shandong province, which is celebrated in Chinese media for its comprehensive approach to the social credit system. The experiment in the city is a microcosm of how a social credit system could be implemented nationally. Knight gives the example of taxi drivers that have embraced a credit system in order to increase customer satisfaction as well as a system that translates individual score profiles into punishments and rewards. The latter is based on data collection officers and volunteers rather than on high tech. 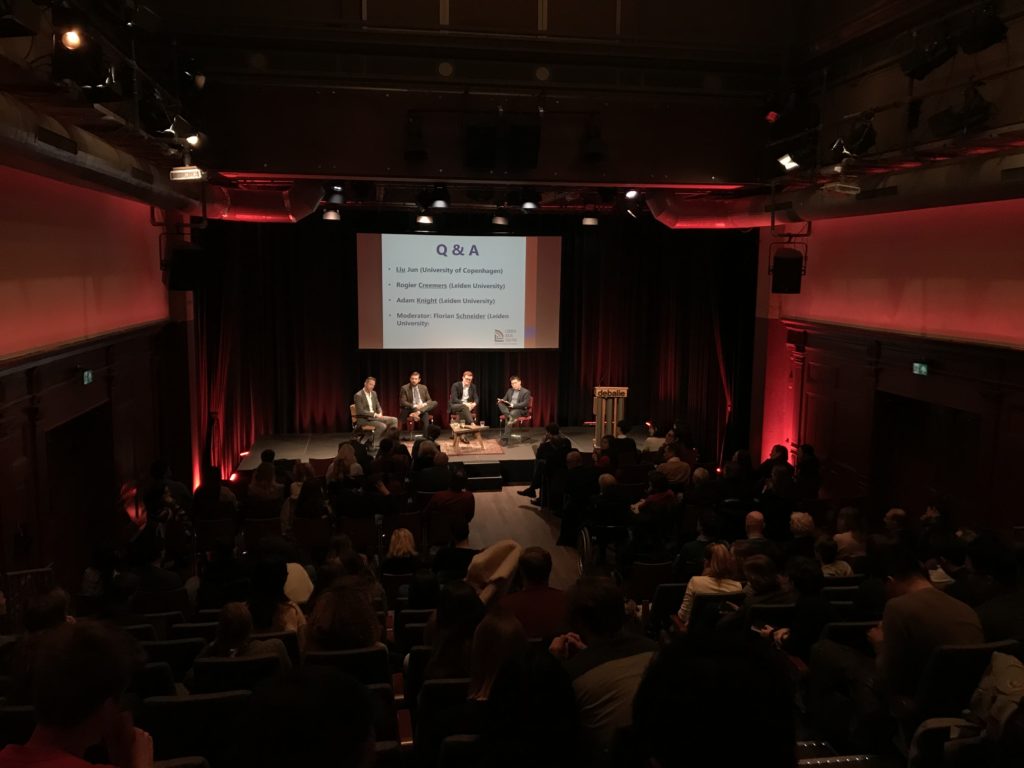 During the panel discussion, the speakers addressed the way Western media portray China’s social credit systems, and what this says about the West. Liu would like to see a more nuanced discussion; What do Chinese people themselves think of social credit systems? Creemers believes that China and its social credit systems have become a rhetorical tool. Western liberal democracy is in a crisis, for which technology is regarded as partly responsible (think of fake news and digital interference in election processes). This gives technology a bad reputation, especially when it is in the hands of an authoritarian system. Knight adds that China embraces this ‘scary reputation’, because it boosts surveillance technology and equipment sales to likeminded governments. Simultaneously, Chinese authorities uses misleading and inaccurate Western news coverage of China’s social credit to discredit other reports on China, such as on the situation in Hong Kong or Xinjiang.

Questions from the audience included issues of data regulation and privacy, fear of the institutionalisation of social control, and the definition of ‘good’ and ‘bad’ behaviour.

We have yet to see if and how China will implement a national social credit system. According to Knight, a social credit (system) law is said to be due this year. He concluded by stating that because Western media are in some cases apparently unable to report factually about China’s social credit system, scholars would do well to raise public awareness about both the actual complex reality behind this issue, and the way in which it is presented in the West.