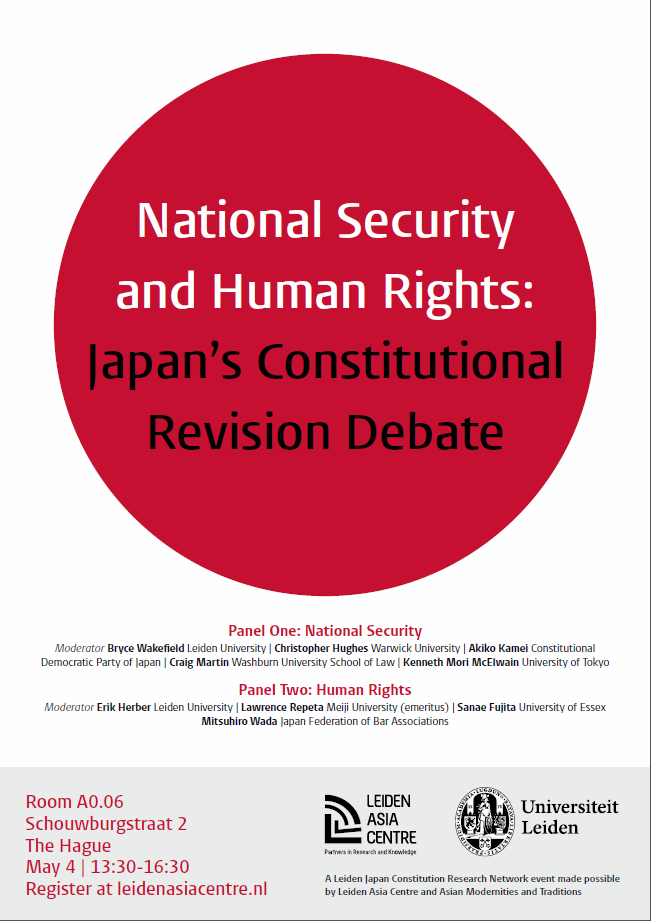 Constitutional revision is high on the Japanese government’s agenda, with the ruling Liberal Democratic Party (LDP) adopting an action plan for change in March this year. A legacy of its defeat in the Second World War, Japan’s constitution renounces war and guarantees a broad range of human rights. It has never been amended. 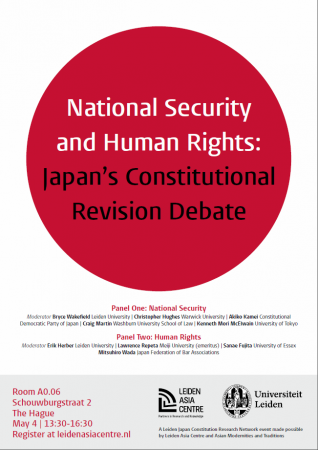 Prime Minister Shinzō Abe has long viewed the constitution as “imposed” on Japan, an anachronism given Japan’s strategic situation and out of step with his interpretation of Japanese cultural norms. What are the government’s designs for constitutional revision? Is revision a sign of increasing Japanese militarization, as many critics claim? Would revision curtail or expand rights within Japan? What are the legal pitfalls of revision? And is revision even possible in the current political environment?

The Leiden Asia Center and the Leiden Network for Japan Constitution Research welcomes you to an event on the 4th of May on Japan’s debate on the constitution featuring experts and practitioners grappling with questions on constitutional change.

Please register by filling in the form below!