Is it Possible to Build World Order Without American Hegemony? 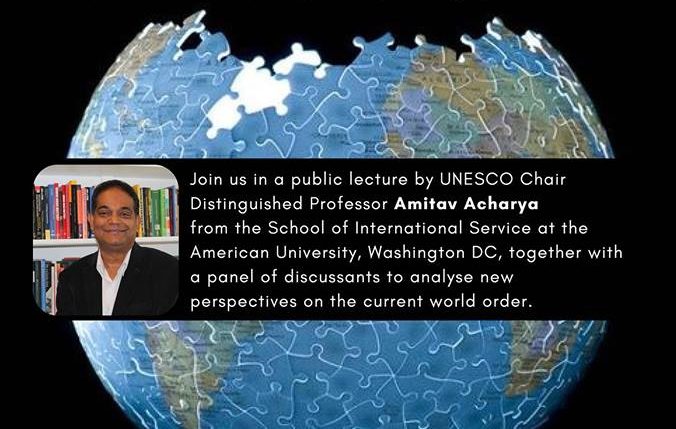 The age of Western hegemony is over. Whether or not America itself declines or thrives under President Trump’s leadership, the post-war liberal international order underpinned by US military, economic and ideological primacy and supported by global institutions serving its power and purpose, is coming to an end. But what will take its place? A Chinese world order? A re-constituted form of American hegemony? A regionalized system of global cooperation, including major and emerging powers?

The still young presidency of Donald J. Trump has caused much damage to the so-called “liberal international order”. But Trump is the consequence, rather than the cause, of the crisis and decline of that order. That decline, as foretold in Acharya’s 2014 book, The End of American World Order, has to do with the liberal order’s own internal limitations – aggravated by the global power shift and proliferation of transnational challenges – that a complacent liberal establishment had glossed over earlier. Recognizing the broader and multifaceted nature of those challenges is key to any hopes for building world order 2.0: a decentered and pluralistic Multiplex World, with its own challenges and opportunities. And this task requires the contributions of regions and their associations such as the EU, ASEAN, African Union and others, which have been ignored in the American debates on Liberal order.

Join us in a Leiden University Center for International Relations (LUCIR) Distinguished Scholar Lecture by Professor Amitav Acharya from the School of International Service at American University, Washington DC, together with a panel of discussants to analyse new perspectives on the current world order.