Please arrive at least 15 minutes prior to the start of the event for the purpose of registering and to enjoy a coffee or tea at the reception!

On November 21st, the LeidenAsiaCentre, in close cooperation with Chatham House, organises a public round table event on what to expect in the future of China’s role in global economic governance. During this event, several experts will build on their expertise to discuss this issue among each other and with the audience. Some of the questions that are central to these discussions are: 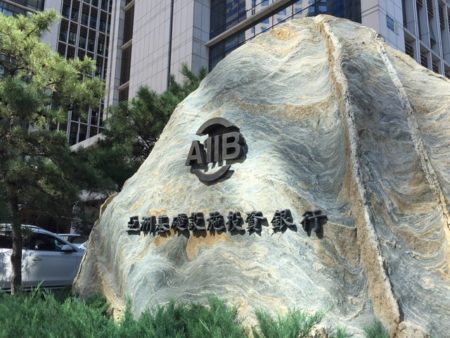 Almost four years since its establishment, the China-led Asian Infrastructure Investment Bank (AIIB) has approved 49 projects and proposed 28 other projects. AIIB has proven to be a model of a multilateral development bank (MDB) that (partially) distinguishes itself from traditional MDBs like the World Bank and Asian Development Bank (ADB) in terms of policy focuses, governance structures, and project procedures. The new bank claims to be more efficient in project preparation and less bureaucratic in governance than traditional MDBs, which has generated pressure on the latter.

At the same time, China has also increased its role in economic institutions, which were largely led by western countries, such as the WTO and IMF. In addition, China’s defense of WTO status quo, in contrast to the US criticism of WTO failing to discipline China into adopting fair trade approaches, raises questions about the future of international trade order.

More broadly, in other areas of global governance, such as climate change, cyber security and public health, among others, China is expected to player a more active role. China’s evolving role in global economic governance raises crucial questions for the future of the global economic order that this round table aims to address.

Admission is free of charge but registration (see above) is mandatory.

Bios of the Speakers:

Bert Hofman, a Dutch national, is the director of the East Asian Institute at NUS and Professor of Practice at the Lee Kuan Yew School. Before joining NUS, he has been working with the World Bank for 27 years, 22 of which in Asia, and 12 of which on China. Mr Hofman was the World Bank Country Director for China 2014-2019, the country economist 2004-2008, and the Chief Economist for the World Bank in the East Asia and Pacific region 2011-2014. He also worked on Indonesia, the Philippines, Korea and Mongolia. Before coming to the World Bank, Mr Hofman worked at the Kiel Institute of World Economics, The OECD and NMB Bank (Now ING). Mr Hofman has extensive experience in advising governments around the region on a wide range of development issues, and he has published on fiscal policy, debt issues, and China’s and Indonesia’s recent economic history.

Huang Yanzhong is a senior fellow for global health at the Council on Foreign Relations, where he directs the Global Health Governance roundtable series and co-directs China’s Global Leadership project. He is also professor at Seton Hall University’s School of Diplomacy and International Relations. He has published numerous reports, journal articles, and book chapters, including articles in Survival, Foreign Affairs, Public Health, Bioterrorism and Biosecurity, and the Journal of Contemporary China, as well as op-ed pieces in the New York Times,International Herald Tribune, YaleGlobal, and South China Morning Post, among others. His current research focuses on China’s environmental health politics and its role in global governance. He has testified before congressional committees and is regularly consulted by major media outlets, the private sector, and governmental and nongovernmental organizations on global health issues and China. He was a research associate at the National Asia Research Program, a public intellectuals fellow at the National Committee on U.S.-China Relations, a visiting senior research fellow at the National University of Singapore, and a visiting fellow at the Center for Strategic and International Studies.

Champa Patel is the head of the Asia-Pacific Programme at Chatham House. Before joining Chatham House she was most recently the regional director/senior research advisor for South Asia and South East Asia and Pacific Offices for Amnesty International, responsible for managing the research, campaigns, media and advocacy for the region. Prior to Amnesty she worked in public health for almost a decade, focused on children at-risk, refugees, asylum seekers and internal trafficking. She is a visiting practitioner/external examiner at the University of York, an honorary professor at the University of Nottingham and sits on the editorial board of Human Rights Quarterly.

Wang Jue is a lecturer at the Leiden University Institute for Area Studies. She is a scholar of international political economy, with a focus on China, its external economic relationships and its role in regional and global economic governance. She also has a wide range of research interests in international economic organizations, international cooperation and the development of emerging economies. Her academic work has been published in, amongst others, International Affairs and Chinese Political Science Review. Dr Wang is also an associate fellow in the Asia-Pacific Programme at Chatham House. She regularly comments on Chinese and international affairs for media outlets including the BBC, CGTN, Al Jazeera, the New York Times, and The Times.