We have reached max. capacity for the event.

– If you are unable to attend after all, please inform us via events@leidenasiacentre.nl so that we can open up spots for others

– If you would like to be placed on the waiting list, please send an email to events@leidenasiacentre.nl

On November 18th, the LeidenAsiaCentre, in collaboration with the Taipei Representative Office in the Netherlands, hosts a public event during which Taiwanese Minister Audrey Tang will address the issue of disinformation and the dangers it entails for democracy during a keynote speecht and a Q&A. 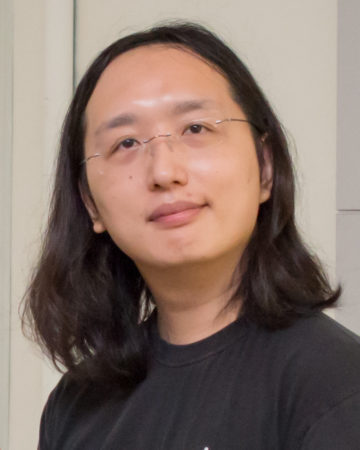 The People’s Republic of China (PRC) regards the former colonies Macau (Portuguese till 1999) and Hong Kong (British till 1997) and the Republic of China (Taiwan) as an inalienable part of the Chinese nation. The government in Beijing tacitly accepts that the three regions maintain different political systems, whereby Taiwan is a de facto sovereign state, although, due to the ‘One-China Policy’ adhered to by most countries, its diplomatic status remains ambivalent.

These arrangements, under the heading of “One Country, Two Systems”, have been upheld so far, but recently, due to developments within the PRC and a generational shift within notably Hong Kong and Taiwan, the PRC’s expectation that these regions will ultimately be unified within the Mainland Chinese authoritarian political system has met with growing resistance.

As tensions grow between the PRC central government and a large share of the population of Hong Kong, the relations between Taiwan and the PRC also threaten to sour further, following the China-critical Sunflower Movement and the subsequent political shifts towards more autonomous politics in Taiwan.

Against the backdrop of the ongoing unrest in Hong Kong, the PRC central government has developed a keen interest in the outcome of the upcoming presidential elections in Taiwan (11 January 2020). The ruling Democratic Progressive Party (DPP) takes an independence-leaning stance, while the conservative Kuomintang (KMT) traditionally moves more favourably towards reunification with the ‘motherland’. The PRC has potentially a lot to win if the KMT were to take over power from the DDP.

Concerns that Mainland Chinese hackers have been (digitally) interfering in Taiwanese public opinion have become more pressing over the past few years, with influence campaigns from the Mainland ostensibly targeting various politicians. Audrey Tang, minister without portfolio for digital affairs, will address the issue of disinformation and the dangers it entails for democracy in a keynote address, which is followed by a Q and A session moderated by Florian Schneider, director of the LeidenAsiaCentre.

Tickets: Entry is free of charge, but registration (see above) is mandatory