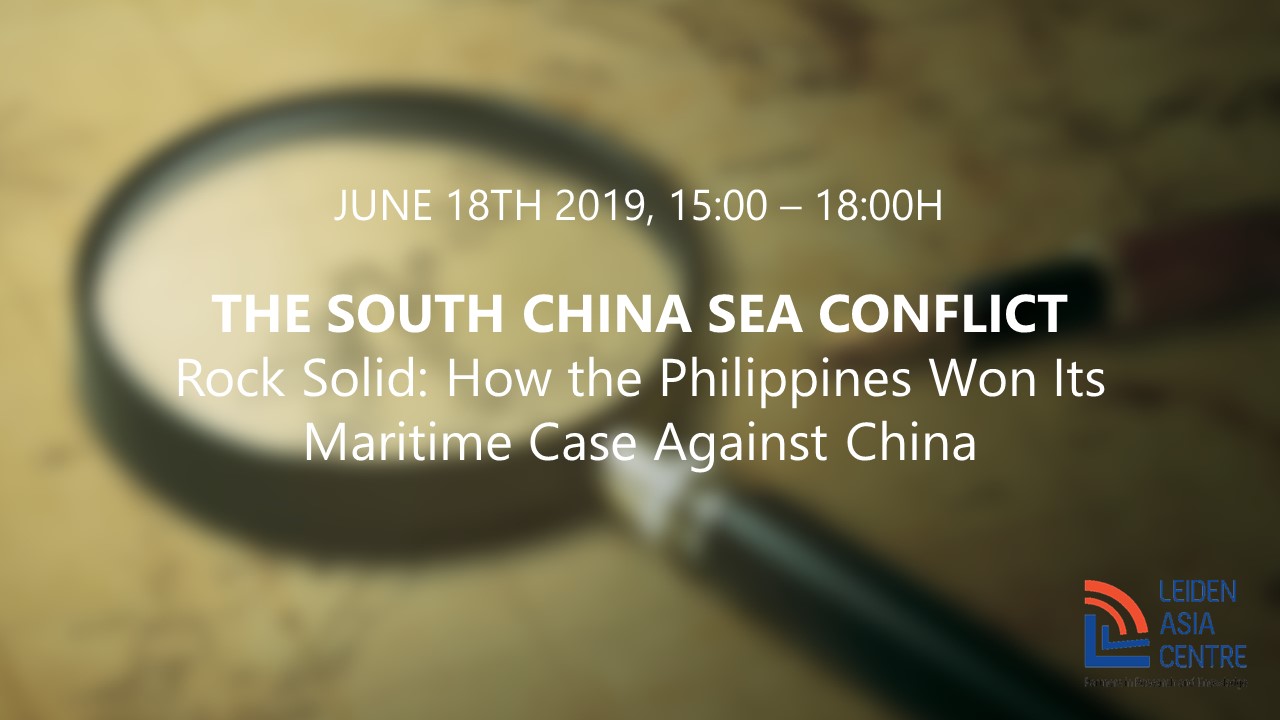 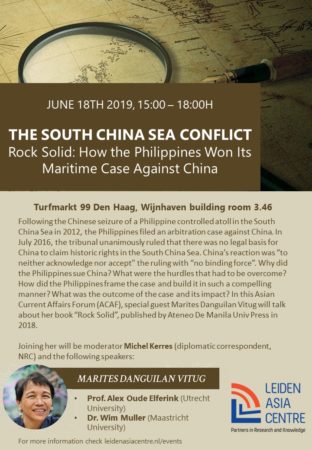 On the 18th of June, the LeidenAsiaCentre will host the Asian Current Affairs Forum (ACAF) on the South China Sea Conflict.

Following the Chinese seizure of a Philippine controlled atoll in the South China Sea in 2012, the Philippines filed an arbitration case against China. In July 2016, the tribunal unanimously ruled that there was no legal basis for China to claim historic rights in the South China Sea. China’s reaction was “to neither acknowledge nor accept” the ruling with “no binding force”. Why did the Philippines sue China? What were the hurdles that had to be overcome? How did the Philippines frame the case and build it in such a compelling manner? What was the outcome of the case and its impact? In this Asian Current Affairs Forum (ACAF), special guest Marites Danguilan Vitug will talk about her book “Rock Solid”, published by Ateneo De Manila Univ Press in 2018.

Joining her will be moderator Michel Kerres (diplomatic correspondent, NRC) and the following speakers: