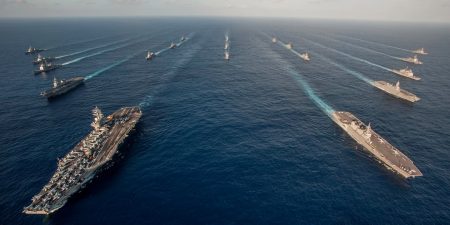 South China Sea disputes – a year on On 12 July 2016, the Permanent Court of Arbitration in the Hague rendered its award on maritime entitlements in the South China Sea. The award was widely interpreted as a major set back for China’s claims. China has therefore vowed to ignore this ruling and is perceived by many states as being more assertive in staking its maritime claims. For its part, the US continues to counter Chinese actions through Freedom of Navigation Exercises (FONs) involving its Seventh Fleet. Other regional powers, such as Japan, are also reassessing their regional maritime strategy with China’s rise in mind. At the same time, since the 12 July award, tensions between rival claimants have seemed to ease and negotiations on a Code of Conduct are ongoing. How should these developments be assessed? How can states move towards a solution to this regional problem? Does the Netherlands and the EU have a role to play?

This workshop will address these questions in two panel sessions, bringing together academic experts from Japan and Leiden. The first session explores Japan’s evolving response to the South China Sea disputes. The second panel will explore critical perspectives on the disputes. The panels will be followed by a roundtable discussion.

We invite you to join the discussion together with our speakers. If you would like to attend, please send an email to events@leidenasiacentre.nl to register.