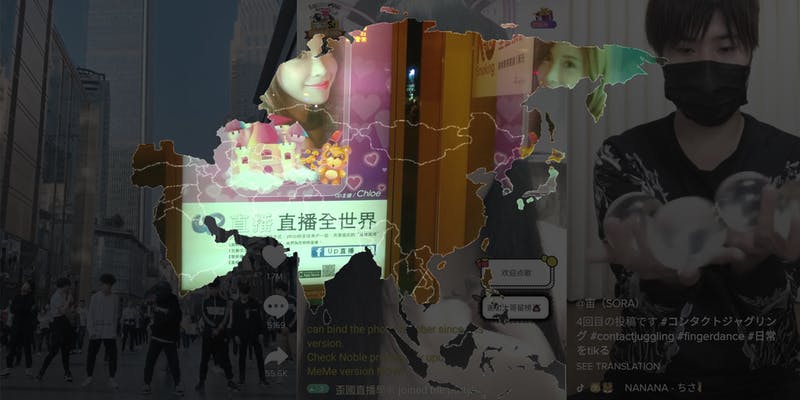 On Friday the 20th of September, the LeidenAsiaCentre co-organised the ASIA.LIVE virtual workshop. During this workshop, researchers interested in practices of liveness in Asia gathered to discuss locating livestreaming in Asian contexts.

The workshop took place in the form of a YouTube livestream, which screened 12 videos contributed by scholars and artists who participated remotely via live chat. The videos examined livestreaming platforms and practices in Mainland China, Hong Kong, Taiwan, Korea and Indonesia from a variety of perspectives. Click here to watch the video contributions!

Livestreaming video has become a popular media format, especially among gaming communities, Esports audiences and popular media commentators. However, the uptake of livestreaming in Asia round 2013 has remained an untold story. In the distinct digital ecosystem of the Asia region, this format has been embraced not only by gamers and their audiences, but by a diverse range of communities and performers. This uptake and diversification is accompanied by the rise of Asian livestreaming platforms.

The local ecologies of Western and Asian platforms in Asian national contexts are home to intricate networks of regional livestreaming cultures, and these cultures interact in complicated ways with geopolitical flows and borders. Livestreaming in Asia has become a veritable ‘live’ laboratory of screen cultures in which new genres, performativities, personalities, audiences, and commenting practices emerge.

Schedule of the screenings