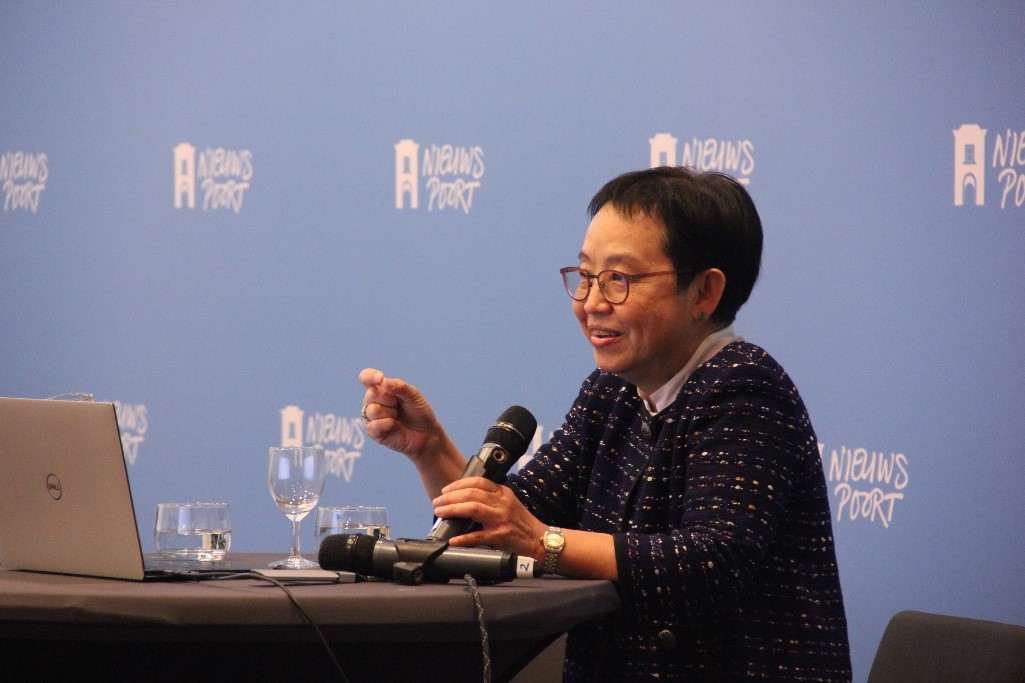 On invitation of the LeidenAsiaCentre, professor Christine Wong (the University of Melbourne) gave a presentation on June 20th regarding the financial underpinnings of China’s Belt and Road Initiative and engaged in a discussion with members of the audience. Her significant practical experience makes prof. Wong an interesting and knowledgeable speaker, which the attendance number at Nieuwspoort clearly reflected.

Prof. Wong first discussed the push and pull factors that contributed to the unfolding of the BRI. Most of the factors that ‘pushed’ the Chinese Party-state to invest in international infrastructure relate to a need for alternative growth drivers. When the wages for unskilled labour began to rise after 2010, China’s export-dependent development came under pressure, shifting the government’s focus towards other means of realising growth. Considering that the years of extraordinary economic growth had resulted in tax revenues being significantly higher than state expenditures, the Chinese government was provided with the opportunity to invest in international infrastructure. This was furthermore made possible by large amounts of relatively inexpensive funds available to Chinese banks, while depreciating foreign reserves made it attractive to invest abroad. China’s considerable experience with building infrastructure also helped in this regard.

Prof. Wong subsequently listed several factors which ‘pulled’ Chinese investments in international infrastructure. For example, a global need for such investments existed, which private finance and the World Bank did not meet, leaving an opportunity for Chinese banks to step in. These push and pull factors resulted in an estimated $50 billion in BRI infrastructure investments in the period 2013-2017. 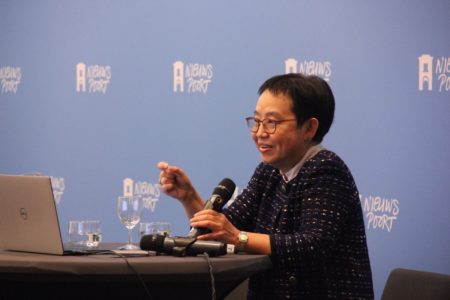 Next, prof. Wong discussed whether China can still afford the investments and loans related to BRI, now that the country’s economy has reached a ‘new normal’ with less extreme economic growth, a state budget that faces increasing pressures, and banks having fewer access to inexpensive funds. According to prof. Wong, these changed circumstances do mean that the Chinese Party-state needs to be more cautious with investments. However, taking into account the size of the domestic economy and the trillions of dollars in foreign reserves, she argues that China should be able to afford the investments and loans that are being related to the BRI.

Considering that Chinese banks provide development loans worth almost double that of their non-Chinese counterparts and apply their own strategies and norms, it is often questioned whether these actors are challenging Western development theory and practice. In addressing this issue, prof. Wong discussed the characteristics of these Chinese financial activities, in which state-to-state interactions play a prominent role. Furthermore, the loans often come with few conditions, reflecting China’s idea of ‘non-interference’, but are provided at commercial rates of interests and often result in Chinese construction and engineering firms, as well as Chinese suppliers for materials, receiving the orders. In the end, the BRI is not an aid program, but emphasises ‘mutual benefit’ with ‘equal partners’ as its principles. At the same time, it is worth noting that most of the projects are not initiated by Chinese parties and often include participants from multiple countries. 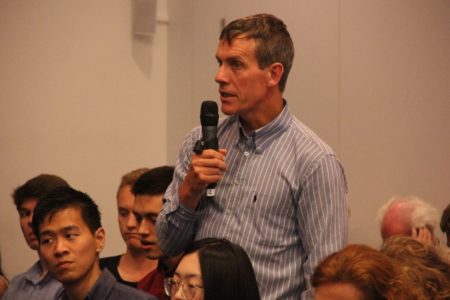 These characteristics do reflect an alternative Chinese development model, which emphasises ‘Big Push’ state-led development, building up infrastructure first, followed by strengthening the productive sectors. China’s alternative model and practices are yielding results internationally, partly because the country is providing leadership, substantial financial backing and credibility, while having the capacity and scale to deliver on projects.

Professor Wong ended her presentation by remarking that even though the BRI includes substantial risks, the initiative does have a sound economic rationale. In a sense, the BRI is just a rebranding of activities that were already underway before 2013 in order to fit Xi Jinping’s messages. The Chinese are learning from the mistakes they make and the challenges they face along the way. This was reflected at the 2nd Belt and Road Forum this year, during which Xi vowed to fight corruption, open up BRI projects to multilateral initiatives and third parties, as well as to focus on viable and high quality projects.

After her talk, the floor was open to questions by the audience, which included students, policy makers and media representatives. Among the discussions that followed, prof. Wong addressed the issue of debt sustainability, stating that Chinese actors often look primarily at the sustainability of individual projects, instead of recognising the larger context of a whole country, resulting in problems in this regard. Furthermore, she argued that the BRI should move more in the direction of joint financing, which would force Chinese parties to be more transparent. Prof. Wong also explained that the role of the Asian Infrastructure Investment Bank within the BRI is limited, largely because some founding countries, such as India, are not supportive of the initiative.