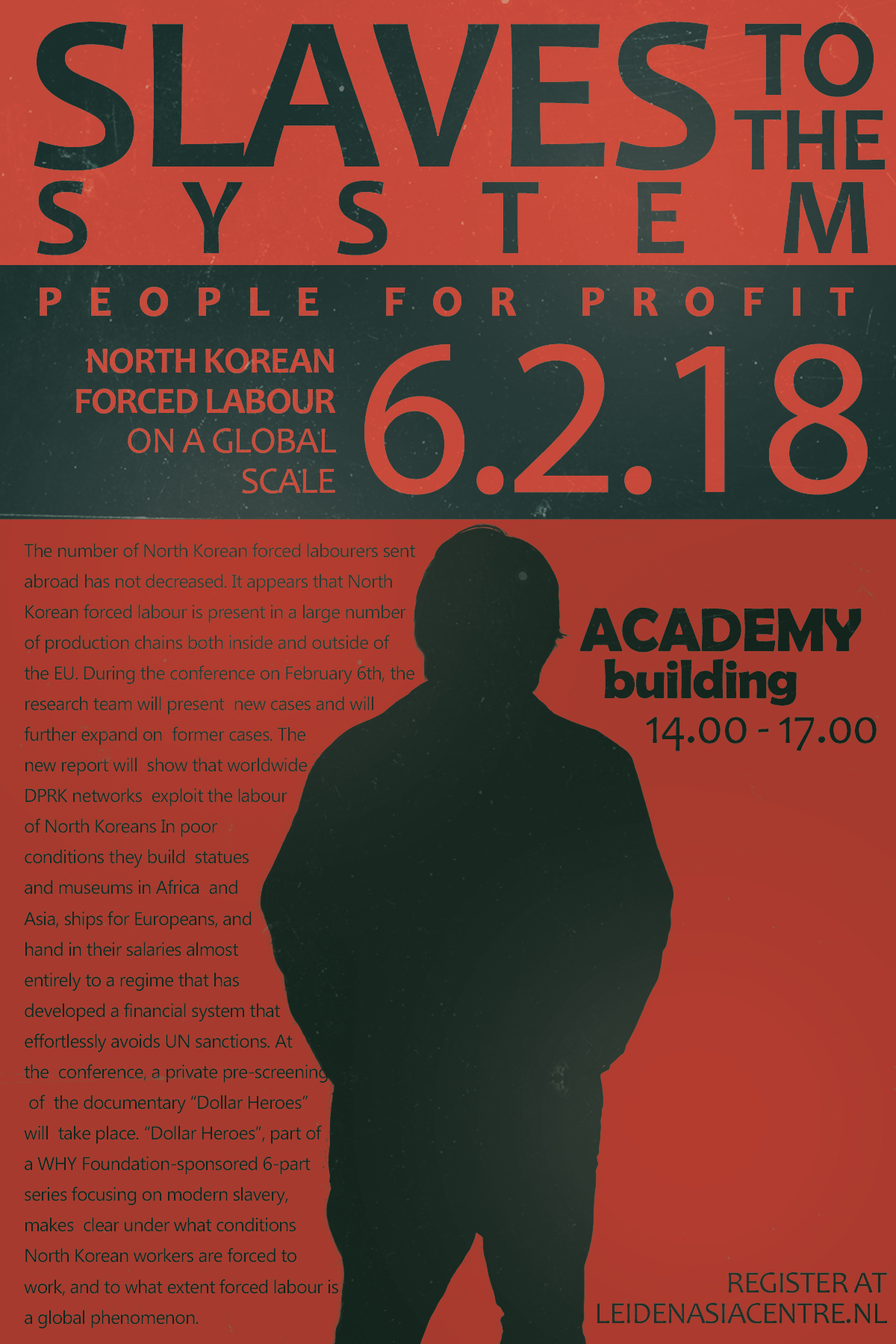 On Tuesday February 6th, the LeidenAsiaCentre project team ‘Slaves to the System’ presented their new report “People for Profit: North Korean Forced Labour on a Global Scale”. Over 60 people attended the conference in the Academy Building in Leiden.